When did the story of not feeling enough begin? When did the world start making me feel not adequate? 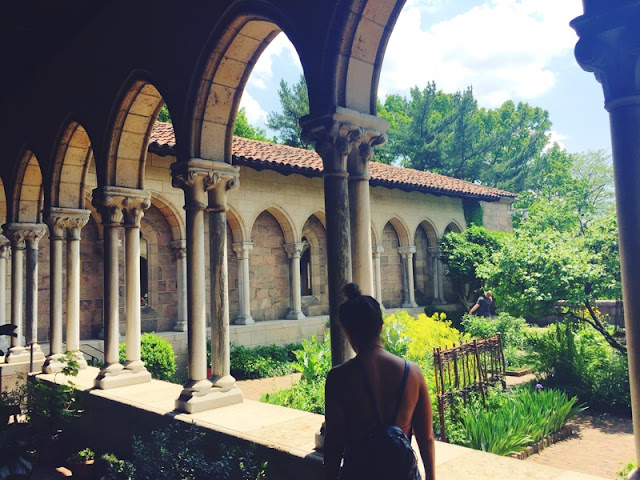 Maybe it began as early as childhood. It could have been during the time when we were trying to make friends on the playground but you either had cooties or weren’t tall enough for the friend group. It could have continued through elementary to high school, during the time where you were trying to learn who you are while also attempting to be popular and cool.
Schooling could also be the culprit. The feeling that as hard as you tried to get good grades and come up on top, you sometimes just didn’t make it there. Relationships and friendships are where this feeling loves to blossom. It can be a multitude of things over time that have made you feel as if you just were not good enough. 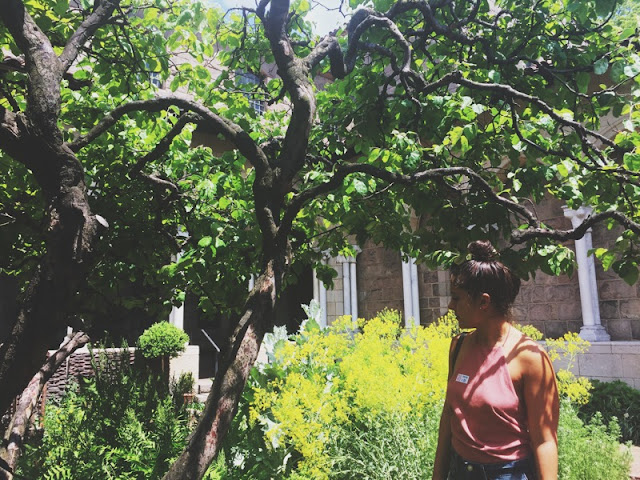 The word enough can captivate so much and has been a storyline of my life for a very long time. I have always felt I wasn’t enough in most situations; be that relationships, school, situations and most endeavors I pursue.
The more I tried to be someone else that I thought was enough, the more I fell short and was unhappy.
When it came to relationships, I was only wanted when no one else was around. When other prettier choices were present, I would always be the last choice. In college, I would feel wanted and desired. Once other women were around, I was no longer even in their vision anymore and shoved out of the way. This is where I felt that I wasn’t pretty enough, tall enough, clever enough or funny enough. Then I began to compare myself to the women they chose over me, to the point that I scrutinized myself for not being more and questioned everything about who I was. This is where we begin to hate other women, because we place the blame upon them. We decide that it wasn’t the man that made you feel not enough, perhaps it was the woman for taking him away from you.
College is messy, and it’s a time in your life where you are separated from home and the comfort you felt for years. Your thrown into this gorgeous pool of women to go to school, maintain a social life and keep sane. You grow so much in these years, and you hurt a lot as well. 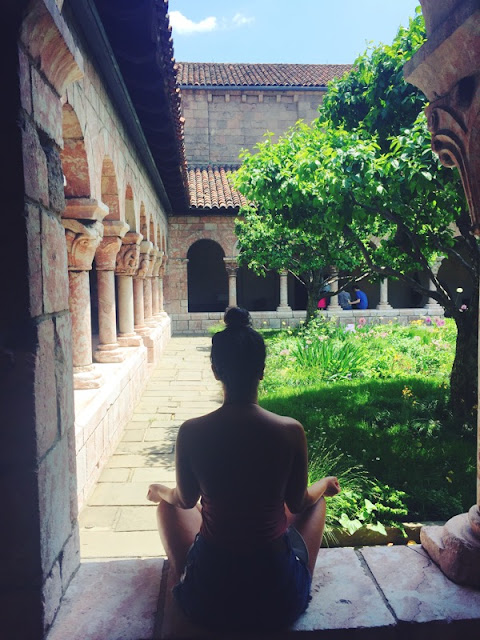 When you finally graduate and you have that degree, you think that you are enough and ready for the work force. Searching for a job and interviewing do not go as planned. The feeling that you thought had gone away comes back again. Now you aren’t enough for this job or that opportunity because you don’t have enough experience or you didn’t answer the interview questions perfectly.
Then when the feeling of not being enough continues after college into your relationships because you never had the chance to actually deal with it before. Where the men in your life want you to play smaller. They tell you they don’t like how you’re so social, and have so many friends and wish you’d just stay home more. They prefer that you speak softer and less masculine. They prefer that you are less outgoing and don’t laugh so much.
They try to change you and you start to change because you want to become enough. You want to be enough to be loved and to be cherished. So you transform.
Your friends tell you that you are looking pretty plump in your dress so you change into something different. They make fun of the way you wear your hair curly, so you begin to straighten it to fit in so that perhaps now with your straight hair and your baggy dress covering your body that you can be enough. 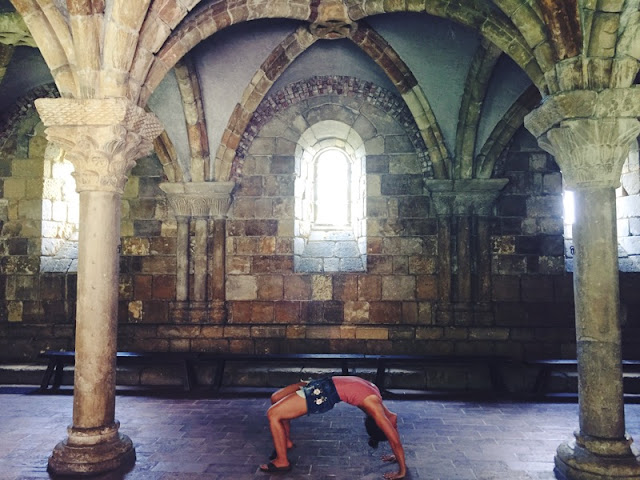 You think these are your friends and that these relationships are people that care and want the best for you, so you listen and you change. You become someone different so that perhaps this quieter and less you version is enough. You evolve and change, then at the end when the friendships and relationships fall apart.
You are standing here alone with this mask of a person you have created. You realize in that moment that you aren’t you at all. You have been playing small and becoming less.
The thing that no one tells you is that you were always enough! You were enough from the very beginning. The story you’ve told yourself over all these years manifested into this life you created.
You were enough as a child on the playground as you tried to make friends.
You were enough growing up as quirky and strange as you were.
You were enough in college trying to be your individualistic self.
You were always smart enough in school.
You were always enough in your friendships and your relationships.
You never had to become someone else. You didn’t have to transform yourself to be with someone.
You were always enough to be loved exactly as you are.
All the people in your life that have tried to change you were not meant to last. They were meant to make you stronger. To be able to show you that not all that come into your life will support and love you exactly as you are.
Not everyone will love your raspy and loud voice, or that your volume increases when you are telling an exciting story.
Not everyone will love your style or your body.
Not everyone will love your writing or the things you enjoy.
& that is entirely okay! Because the ones that are meant to be in your life will stay in it and they will love you for being exactly who you are.
Because you are enough.
You have always been enough. 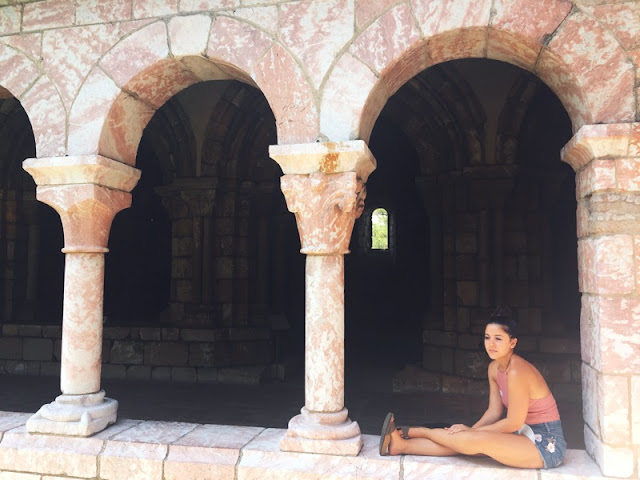 The story that you have been telling yourself for years needs to change. It will take time because of how long this story reel has been playing on repeat in our heads that it has become engraved within us. When you start to value who you are, others will as well and treat you far better than you could have ever imagined. It will be strange at first because you’ve grown accustomed to chasing people and forcing yourself into a mold. You deserve all the happiness and the love, because you are enough. You need to believe it. You have been tested with circumstances and people to challenge the idea of who you are. As much as they tried to change you and bring you down, you persevered and continued on. You became stronger and realized more about who are through it all.
It is time that you unmask yourself of these false identities you were told to be for others. Let go of the idea that you aren’t good enough, pretty enough, or smart enough.
You’ve always been exactly who are you as much as you’ve tried to burry that person deep inside. Continue being yourself. Don’t play small any longer. Stand boldly and know in your heart that the story has to change.


You are enough in every possible way. 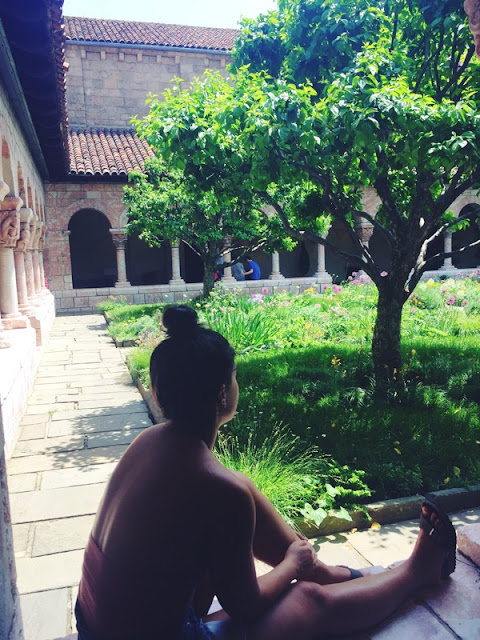 “There is only one thing that makes a dream impossible to achieve: the fear of failure”–Paulo Coelho
Fear has a crippling way of holding you back and not allowing you to move forward. It seeps into you and tells you that you will fail and that you aren’t good enough.
Fear has stopped me and doubt has held me back.
Until now. 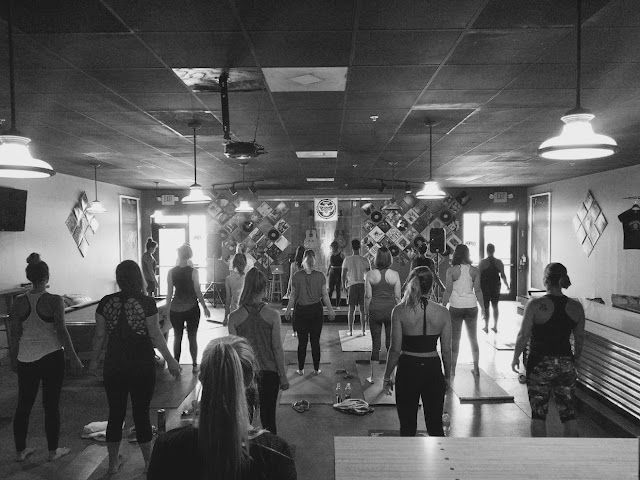 The opportunity to teach yoga presented itself in the best way possible. It came as an idea proposed by a friend in a text. I loved the concept but the second I thought about me teaching I created in my mind a list of excuses to dodge the actual teaching. Because of fear and the fear of failure. What if I did not have what it takes?
Then as I looked at the text I thought about it more, what if I always had what it takes? This was meant to happen. I needed to share the light and spread the yoga. 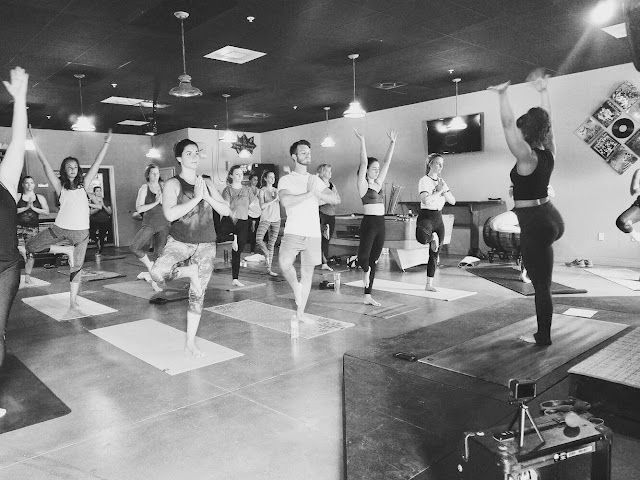 Leading up to the class I prepared my sequence and I would release negative self-talk that would try to deter my feelings about teaching. The morning of, I could feel my heart racing in my chest and the blood pumping through my veins. The time had come and there was no escaping, no excuses and no way for me to disappear out of this.
Slowly more and more people filled the room until the entire room was full. They all came for yoga and I was about to teach!
We began in child’s pose and flowed for an hour. A class designed for all levels and with modifications for all to be able to participate. The whole class flowed and I could feel the energy the room was creating. 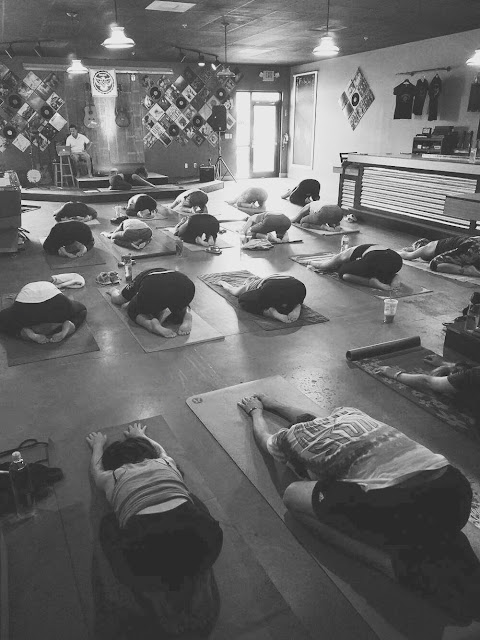 As I was teaching, I would catch glimpses of my friends smiling back at me. Smiles filled with excitement and pride for me standing up there. Supportive friends who have been urging and encouraging me to teach for months. 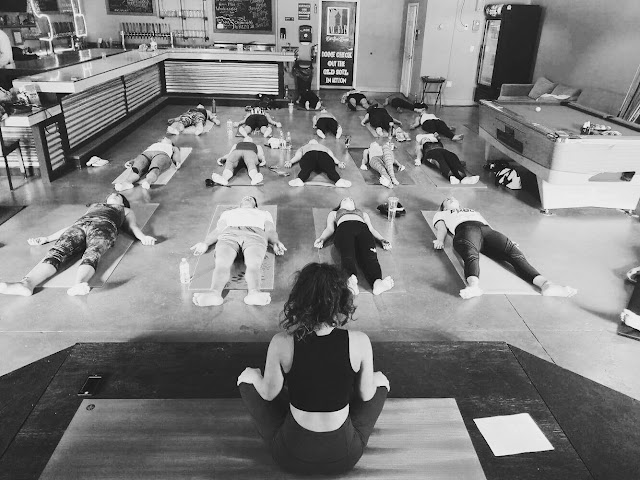 We sat with hands at hearts center and took a bow all in unison repeating Namaste.
As I gazed up, the entire room was applauding and smiling.
I felt my smile grow from ear to ear and my heart fill with so much love. I could feel myself radiating from my cheeks and my smile.
I finally did it. I let the fear subside and I went for it!
You can not allow the fear of failure and self doubt stop you from achieving what you are meant to do. I was always meant to teach. You must follow your personal legend and not let fear direct the path in which you are going.  The magic of life and the growth within ourselves happens at these moments.
“People are afraid to pursue their most important dreams because they feel that they don’t deserve them, or that they’ll be unable to achieve them.” –Paulo Coelho
Namaste

Inspiration to your inbox